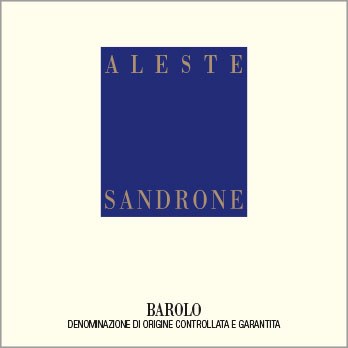 2016 was a classic vintage of the type that combines power, elegance and drinkability. The Barolo Aleste 2016 has a penetrating dark ruby-garnet color, and aromatics that are characteristic of Nebbiolo: black cherries, rose petals, violets, licorice and a tarry underbrush element.

On the palate, the wine shows the power and structure of the favored parcels on the south-east facing side of the Cannubi hill. Cannubi fruit benefits from the interlaced layers of clay and sand that constitute the hill, and the mouth is filled with black fruits, spice and mineral notes, and subtle hints of vanilla and oak, balancing the wine’s inherent structure with sweetness and lift.