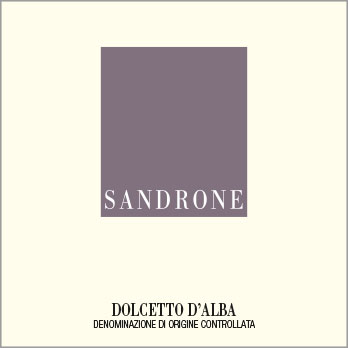 Tasting notes
Dolcetto d'Alba 2016 is the wine of carefree youth, complex in its own way and showing great generosity.

Its color is ruby red, pretty and lively, with violet/purple reflections.

Its aromas are exuberant, fruity, with Morello cherry, plum and red fruit jam. There are a few ethereal scents that accompany the spicy ones, which accentuate and strengthen as the wine evolves in the glass.

Flavors are dry and moderately warm, vigorous and yet easygoing, finishing with a pleasantly bitter note.

Ratings for the vintage 2016
Vinous 90 points

Evolution of the vintage 2016
In 2016, the winter was mild and not snowy. The first weeks of the year were very dry. Precipitations, especially rainfall, came only in February. Spring was cool, especially April and May, with numerous rainshowers. May is oftentimes like an early summer here. In Langa they call it "the May furnace," but in 2016 it didn't fire up!

With summer came a different climate. The first heat came at the end of June, and from then on a constant back-and-forth between short periods of warmth (5 to 7 days) and sudden storms which brought cooler temperatures.

At the end of August, the weather changed. The last part of
the month and all of September gave us beautiful days. At a certain point, the typical autumn weather began, characterized by warm days and cool nights, with daytime temperatures often reaching 30 degrees C.

In Langa's vineyards, the weather of 2016 influenced the vegetative cycles of the vine.

The lack of the winter cold caused an early budding, but then, the vegetative development slowed down. Flowering and fruit set took place slightly later than average, but occurred evenly, positively influencing the fertility of the vintage.

In summer, the slowing of the vegetative phase was consistent, therefore the veraison began 13-15 days later as compared to 2015, occurring between July 25 and August 10.

This delay influenced the final phases of maturation and the picking times of the various grapes. The Dolcetto harvest took place in the last 10 days of September.