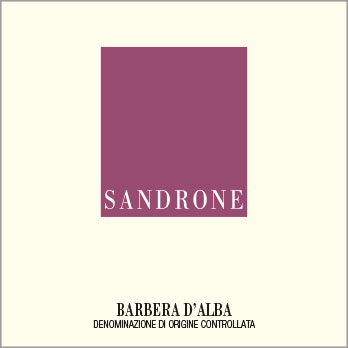 The cool, long growing season naturally favors the Nebbiolo grape but Barbera, properly cared for, can give wines of precise and focused expression, showing both austerity and generosity. 2018 was such a vintage. The heat never really came until September, and what might have been an angular, shrill Barbera received a perfect dose of sunshine and heat, bringing out the natural generosity of the fruit by showing its core of dark plummy fruits, laced with raspberry and mineral notes.

The nose gives an impression of self-possessed, compact structure, which opens with air, giving more of the black plum aromas so characteristic of this wine. With coaxing, the nose revealsmoreblack and red fruits, vanilla and spicy notes. On the palate, the characteristic freshness is front and center, with a core a fruit and sweet tannins to give balance and length. The finish is very fresh, with bright bursts of fruit and acid.

Ratings for the vintage 2018

After the sweltering 2017 season, 2018 began with good winter snow and spring rains that helped replenish the dry ground. The wet weather continued into April, complicating the final vineyard work somewhat and resulting in a slightly later bud break.

Flowering was under normal conditions. In our growing area, the beginning of the summer was characterized by occasional downpours that led to high humidity conditions. Much care had to be taken to achieve a healthy vineyard as Peronospora ran rampant when left unchecked by regular and judicious applications of the correct treatments.

Green harvesting became necessary for nearly all varietals in order to curb production to within the limits of the various DOC & DOCG production regulations. Development of the fruit was gradual during the summer, with temperatures rising considerably from mid-July on, and a long period of constant fine weather helped the grapes to ripen without an early harvest.

The harvest period was normal in relation to the previous, precocious vintage.

Dolcetto was the first red varietal to be picked, and it is showing an average sugar content. Barbera was marked by good health and ripeness. The Nebbiolo grapes were ready for harvesting in early October - the historically normal period - with picking operations taking around three weeks in all.

In conclusion, we can say that it was a vintage in the traditional mold, which demanded the utmost attention of growers in their      vineyard management. In the end, the results were better than had been expected at the beginning of the campaign.

The harvest took place from September 28th until October 5th.