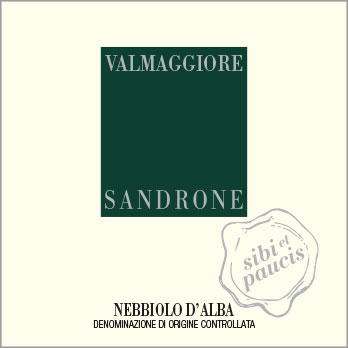 The 2014 Valmaggiore shows an expressive, focused nose of forest strawberry, pomegranate, small red fruits and floral rose notes. In the mouth, it is a toned,

tight wine - there is no baby fat on this bottling. It shows cherries, strawberries, roses and violets, with bright acidity and focus that pulls it all together with vibrant energy. The tannins are less intense than previous years and the wine has a burgundian mouthfeel. The finish is long with dry tannins and mineral notes.

Ratings for the vintage 2014

Evolution of the vintage 2014

The 2014 was objectively the most difficult growing season in 20+ years, and the results of this campaign were entirely contingent on the winemaker's commitment to excellence in the vineyard, no matter the cost or effort needed. While 2014 in the Barolo area was the wettest on record, Barbaresco had one of its greatest vintages ever and the Roero, with its well-drained sandy soils, produced wines of remarkable harmony and elegance. In 2014, "where" mattered.

The rains that began in November 2013 did not fully cease until March 2015, and diseases ran rampant with the excess humidity. Several hail events in the Barolo area shredded the leaves. The season was saved by the 5 weeks of beautiful weather than ran from mid-September until mid-October, effectively saving the Nebbiolo harvest.

The initial reaction to the vintage conditions was nearly uniformly negative, but the narrative on 2014 has changed dramatically in the ensuing years as journalists, sommeliers and critics realized that the wines from the most quality-oriented producers were wines of delicate structure, refined red fruit and elegant, harmonious mouthfeel. For many, the lack of "Big" wines was understood to indicate a weak vintage, instead of a vintage that needed to be considered for other attributes than size. The best of the 2014 combine an effortless grace with a core of sweet red fruit and structured yet delicate tannins.